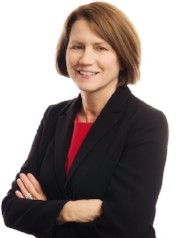 Donna Fisher is a retired partner from the law firm Pepper Hamilton LLP where she concentrated her practice in civil litigation, with an emphasis in the defense of pharmaceutical and medical device companies. Ms. Fisher has continued her pro bono work as a Fellow in The Pepper Center for Public Service.

Ms. Fisher has long-standing roots in the Commonwealth of Pennsylvania, growing up on a family dairy farm in Centre County.  She and her husband, Thomas Schmidt, live in Wormleysburg and are parents of two adult sons who currently live in Berkeley, California, and Philadelphia, Pennsylvania.