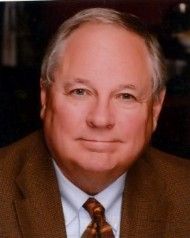 He is the author of several historical articles and two books “With Generous Hearts” and “Introduction to Planned Giving”.  A Viet Nam veteran, his Pennsylvania roots go back to Daniel Boone, a 6th great uncle and Revolutionary War veteran himself.  With his wife, Barbara, he travels extensively in the United Kingdom and Europe exploring ancestral roots.