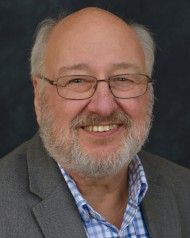 George Lulos, a native of West Virginia, is the Senior Vice-President for Colliers International, Harrisburg division. He began his career in retail development and leasing, but after 18 years changed careers to real estate. Since 2000, he has been a broker specializing in investment sales and retail services, with Bennett Williams and CB Richard Ellis. He is the Founder and Principal of Crossroads Commercial Realty.

He currently resides in Johnstown, PA. He has adult children and multiple grandchildren.