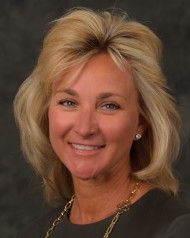 Ann M. Moran is President Emeritus of the Pennsylvania Heritage Foundation. Before heading the executive committee, she served four years as a commissioner for the Pennsylvania Historical and Museum Commission. Additionally, she worked on the Governor’s Residence Preservation Committee. Moran was recently named to the Eisenhower Institute National Advisory Council which seeks to raise the national prominence of Gettysburg College and the Eisenhower Institute by engaging leaders in the fields of public service, business and philanthropy.