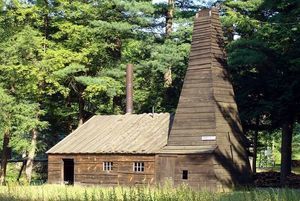 Winter Academy: In Your Blood

Combat the Winter Blues with these virtual classes that will help you discover more about the oil industry and region.
Registration required. - Learn more at Drake Well Museum and Park's website
Mitch Littler will present "In Your Blood."

“It's hard work, but once it gets in your blood, you'll be fine.” Something along those lines is told to almost every new oilfield worker. Most likely, season workers have passed along the old saying ever since the first wells were drilled in PA. It’s a word of advice that continues to be passed down from old timers to greenhorns in the oilfields of PA.

This talk focuses on the recent first-hand experiences of working in the oilfields of Venango, Crawford, and Forest Counties. There’s a common misconception--even among people living in NW PA--that drilling in the oil region ended shortly after the first great booms. Despite ups and downs over the years, workers continue to drill new oil wells in NW PA, sometimes only miles away from Drake's well. Mitch Littler was one of those workers who labored in the oilfields of NW PA. Mitch will read selected writings about his formative experiences as an oil worker and discuss the stories, culture, and lessons of NW PA’s oilfields.

Mitch Littler is an Oil City native and former oilfield worker who drilled and serviced wells in NW PA. Not long after high school, Mitch was employed as a roustabout and eventually worked his way up to drill rig operator before leaving the oilfield. After the oilfield, Mitch spent three years as a full-time traveling musician and performed at venues and festivals across several states. Now, he studies philosophy at the University of Pittsburgh and writes about his time as an oilfield worker in NW PA.