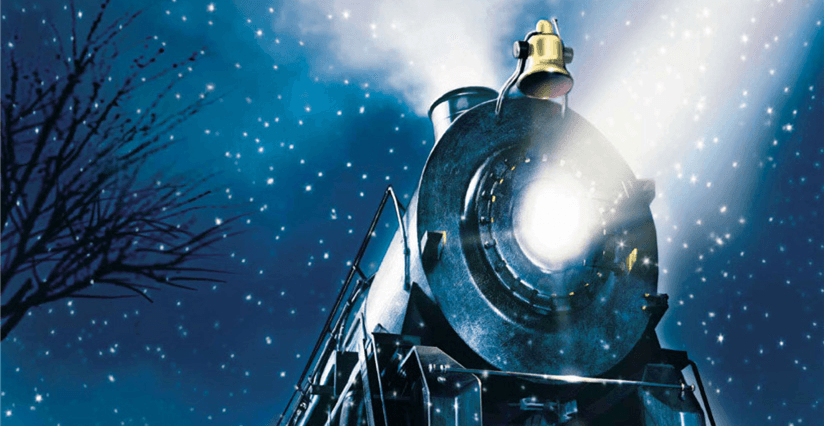 Watch the new classic holiday film “The Polar Express”™ on a large screen among the historic trains during Movie Night at the Railroad Museum of Pennsylvania on Saturday, December 10.

On the night of Christmas Eve, a steam locomotive passenger train known as “The Polar Express”™ stops at the house of a boy who is growing skeptical about the existence of Santa Claus. The conductor says the train is traveling to the North Pole, and the boy, although reluctant at first, climbs aboard. Wait until you see what happens next!

Each ticket to this fun family evening in the Museum’s vast Rolling Stock Hall includes a screening of the film “The Polar Express”™, popcorn and hot chocolate. The movie will begin at 6:30 p.m.
Tickets are $10.00 for ages 3 and over; ages 2 and under are admitted free of charge. Get your tickets by clicking here.