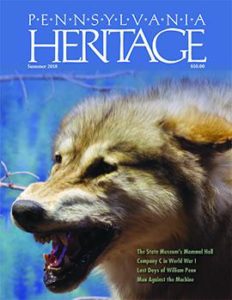 Other great articles, sharing the collections of the Pennsylvania Historical and Museum Commission, include: